Analysis of State Protection in the context of a Refugee Claim 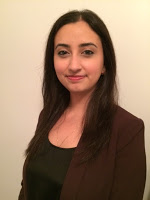 In Kandha v. Canada (Citizenship and Immigration) 2016 FC 430, an application for judicial review is brought forward by two applicants, who are sisters, of a decision by the Immigration and Refugee Board of Canada’s Refugee Appeal Division (hereby referred to as the RAD), where it dismissed their appeal of the decision of the Refugee Protection Division (hereby referred to as the RPD) refusing their refugee claim.

Context
Ms. Annasacha, born in 1990, and her younger sister Ms. Anneila, born in 1996, had initially arrived in Canada with their mother Ms. Kandha in 2014. They are citizens of Trinidad and Tobago who were fleeing Ms. Kandha’s violent common law partner, Mr. Rooplal. Mr. Rooplal was verbally, physically and sexually abusive towards Ms. Kandha continuously, as well as towards the applicants on at least one occasion. His job as a senior customs officer had made it impossible for Ms. Kandha and her daughters to obtain any kind of protection, despite their attempts to seek protection from the police, and despite the rumours circling about Mr. Rooplal’s alleged corruption and involvement in drug and weapons trafficking.

The mother and daughters claimed refugee protection in Canada and their claim was heard before the RPD on March 9th 2015. The following month the RPD rendered its decision, accepting Ms. Kandha’s refugee claim but refusing the applicants’ claims. Indeed, although the RPD found Ms. Kandha credible and deemed that she would face a serious possibility of persecution if returned to her country of origin, it concluded that the applicants (Ms. Kandha’s daughters) failed to establish that they would also face a serious possibility of persecution, and that they would not obtain State protection from Trinidad and Tobago should they be targeted.

The applicants appealed the RPD’s decision before the RAD, arguing that their family ties with their mother makes them vulnerable to being persecuted and that the RPD erred in its analysis of the availability of State protection in Trinidad and Tobago. On the first element, the RAD concluded that the applicants’ family ties with their mother did not increase their risk of being persecuted, especially considering they are now adults who can choose to live anywhere they want in Trinidad and Tobago, and also considering they would have the support of family members in their country of origin. On the second element of the appeal, the RAD criticized Ms. Kandha and the applicants for not reporting Mr. Rooplal’s alleged drug and weapons trafficking to the authorities, and not following up on the police reports they were able to file following the violent incidents they suffered, stating their actions limited the protection the authorities could provide them in their country of origin. It also stated that Trinidad and Tobago is a democratic country with legislation prohibiting sexual violence. The RAD concluded that State protection does not need to be perfect and that Trinidad and Tobago was making serious efforts to fight sexual violence. The RAD therefore concluded to the presence of State protection in Trinidad and Tobago and dismissed the applicants’ appeal.

Federal Court’s Decision
The determinative issue before the Federal Court was to establish whether or not the RAD’s conclusion with regards to the presence of State protection for the applicants in Trinidad and Tobago was reasonable.

The Federal Court starts by differentiating between the presence of legislation and the effectiveness of legislation. Indeed, the applicants do not fear the absence of legislation prohibiting sexual violence in Trinidad and Tobago, but its effectiveness considering their mother’s past experience with the authorities and Mr. Rooplal’s position in law enforcement. As such, simply stating that a country has legislation to protect its citizens is not sufficient when analysing State protection in the context of a refugee claim. One must also ask if the legislation enacted by said State is actually effective in protecting its citizens. Indeed, a country’s best intentions are not sufficient in proving the presence of State protection.

The Federal Court concluded that although Trinidad and Tobago has enacted legislation prohibiting sexual violence, the RAD erred by failing to refer to relevant documentary evidence clearly addressing the ineffective nature of said laws. Indeed, the Federal Courts states:

« [18] The RAD concluded that police take the issue of sexual assault seriously and that there are support mechanisms in place for victims. This assertion was not supported by country condition documentation. The RAD failed to mention relevant passages of the US Department of State Country Report on Trinidad and Tobago’s Human Rights Practices for 2013 which addresses the ineffectiveness of the laws and procedures in place, especially with regard to gender-related persecution. For example, the Report notes the following:

Public confidence in the police was very low because of high crime rates and perceived corruption;

Many incidents of rape and other sexual crimes were unreported, partly due to perceived insensitivity of police, exacerbated by a wide cultural acceptance of gender-based violence;

The law provides criminal penalties for corruption by officials; however, the government has not implemented the law effectively, and officials sometimes engage in corrupt practices with impunity;

Many community leaders asserted that abuse of women, particularly in the form of domestic violence, continued to be a significant problem;

While reliable national statistics were not available, women’s groups estimated that as many as 50 percent of all women suffered abuse;

The NGO Coalition against Domestic Violence charged that police often hesitated to enforce domestic violence laws and asserted that rape and sexual abuse against women and children remained a serious and pervasive problem.

[19] In my view the RAD focused its analysis on the existence of legislation and on the country’s serious efforts to protect its citizens. However, it failed to assess whether these frameworks actually translate into effective and adequate protection for the applicants in their particular circumstances. As a consequence, the RAD conflated the serious efforts test with the adequate operational protection test adopted in recent jurisprudence (Beri v Canada (Minister of Citizenship and Immigration), 2013 FC 854, [2013] FCJ No 908 at paras 35-37).

The Federal Court also took issue with the RAD’s conclusion that the applicants and Ms. Kandha were not credible in expressing their fear of Mr. Rooplal, considering they did not follow up on their police reports and they did not file any complaints regarding Mr. Rooplal’s alleged drug and weapons trafficking. Indeed, the Federal Court concluded that the RAD erred in not taking into consideration the explanation provided by the applicants and their mother on these matters, as well as the applicants’ personal circumstances. First, Ms. Kandha’s credibility was established by the RPD’s initial decision. Second, Ms. Kandha and the applicants had stated on numerous occasions that their fear of Mr. Rooplal stemmed partly from his connections to the police. Third, Ms. Kandha and the applicants had filed police reports, none of which prompted the police to protect them. Fourth, the youngest applicant was only 16 years old when she was the victim of an attempted rape. The Federal Court concluded that the RAD had an obligation to consider all of these elements, as well as its Guideline regarding Gender related persecution, when assessing the applicants’ reluctance to seek protection from the authorities in their country of origin, and the presence of State protection. By failing to do so, the RAD’s decision with regards to State protection was unreasonable.

The applicants’ application for judicial review was therefore allowed and their claim was sent back to a different RAD panel for a redetermination of their refugee claim.

To read this decision in its entirety, click here.